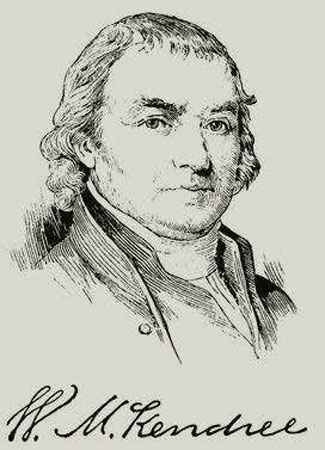 From that time, the two-acre site (later donated by the William Williams family) hosted many “camp meeting” revivals. With its fine grove of oak, maple, and poplar trees on a high point of ground near a spring, the site was perfectly suited for that purpose. The Chapel itself, constructed by the class members (some of whom were carpenters), had good plank floors, windows with sashes, and a shingle roof, unlike most of the primitive log structures of the day. Today, the superstructure of huge, hand-hewed poplar logs is still intact and sturdy, just as it has been since 1819.

On September 14, 1819, two years before Missouri achieved statehood, Methodists first held services in the Church. This was in conjunction with the session of first annual conference of the Methodist Episcopal Church held west of the Mississippi. Circuit-riding preachers attended from throughout the region to report on their labors of the past year and to receive their new assignments. In the years that followed, the Chapel hosted several more annual conferences.

The Chapel congregation was in its heyday until the Civil War, but thereafter, membership declined and regular services ended in the late 1880s.

From time to time, beginning as early as the 1830s and continuing into the 1880s, the Chapel also was used as a schoolhouse.

The chapel was named for the famed circuit-riding preacher William McKendree, who visited the Williams class in 1818, the year before the chapel was constructed. McKendree later became the first native-born bishop of the Methodist Church in America. He preached in the service of the Church continuously from his conversion in 1787 until his death in 1835, and the territories he covered over his long career encompassed nearly the entire United States as it was then known. He was the “Father of Western Methodism.”

In Baltimore, Maryland, on Christmas Eve, 1784, followers of John Wesley formed the Methodist Episcopal Church. Church leaders soon began ordaining scores of enthusiastic new circuit-riding preachers who followed the westward migration of American settlers across the interior of the continent. These itinerant circuit riders preached the gospel and administered the sacraments, organizing settlers into classes and ministering to them in their scattered villages and farms. 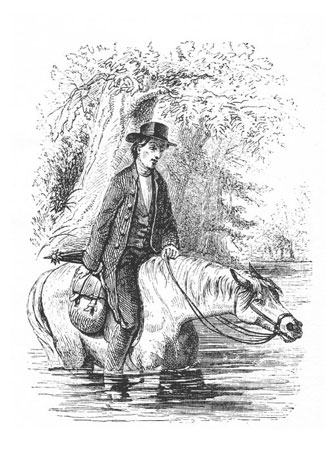 Nationally, leaders organized the M.E. Church into large geographic “conferences,” divided into districts and subdivided into circuits. In the early nineteenth century, frontier circuits encompassed vast territories, much of which remained unsettled wilderness. The original Cape Girardeau Circuit, for example, established in 1809, encompassed nearly all of southeastern Missouri. To reach the settlers, preachers would ride the circuits, making their rounds from village to village and farm to farm every few weeks.

Life as a circuit rider was hard. The pay was minimal (perhaps $80 per year) and, even then, preachers rarely received the full amount. Travel was perilous, disease rampant, basic necessities scarce or nonexistent, and the preachers’ very survival sometimes in doubt. Their sole possessions were their horse and saddle, plain, weathered clothes, blanket and cooking utensils, and saddlebags filled with books. For food and shelter, they relied mostly on the hospitality of the settlers, who often had little themselves.

During the early years of settlement, Methodist families formed small devotional groups called “classes,” meeting weekly outdoors or in private homes (usually one- or two-room log cabins). Periodically, the circuit riders would visit to preach and provide direction and oversight. In their absence, a “class leader,” elected from the membership, would conduct the worship services, foster the bonds of Christian fellowship, and otherwise minister to the needs of the class. By 1809, families including the households of William Williams, John Randol, Simon and Isaiah Poe, and others, formed a class at the Williams farm, soon to be the site of McKendree Chapel. For more than 30 years, Methodists held camp meetings on these grounds and, when the Chapel was dedicated in 1819, it became the principal site of Methodism in the region.

As William C. Ranney, who in 1851 would become the first judge of the Court of Common Pleas in Cape Girardeau, later recalled: 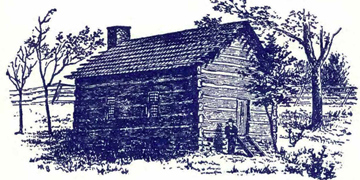 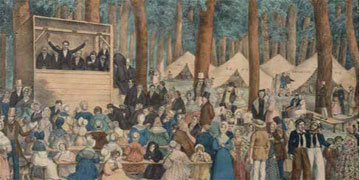 Camp meetings at McKendree and elsewhere saw preachers and pilgrims worshipping together with prayer and Bible readings, singing beloved gospel hymns, and taking part in baptisms and communion. And, of course, there were the sermons. Preaching from temporary platforms or tree stumps, circuit riders exhorted their flocks, and many souls were led to Christ.

In 1845, the issue of slavery broke apart the Methodist Episcopal Church. It was an ominous precursor to the Civil War, which began sixteen years later. Slavery had long been a theological thorn among Methodists, many of whom had harshly criticized the practice as an affront to Christian principles. But in slave states like Missouri, the Church reluctantly tolerated slavery. A significant number of McKendree members, including several trustees, owned slaves — although none on a large scale. By 1845, a schism was unavoidable and Methodists in the southern, slaveholding states formed the Methodist Episcopal Church, South. At the time of the separation, McKendree Chapel was one of few Methodist churches in Missouri to remain with the antislavery “North” branch, but the congregation lost several prominent members to newly formed “South” churches in Jackson and Cape Girardeau. The two branches of the Church finally reunited in 1939.

By the early 1900s, McKendree Chapel had become a little-used relic in a state of severe neglect. Services took place infrequently, although the St. Louis Annual Conference of the Methodist Episcopal Church, South, met here twice, in 1910 and 1916, for special sessions. During the 1920s, however, the Chapel had deteriorated to such an extent that rain poured in through broken widows and holes in the roof, and animals filled the corners with nests.

If not for the efforts of Reverend William Stewart, in 1926 named pastor at New McKendree in Jackson, the building might have been completely lost. Rev. Stewart soon began an effort to renovate and restore the Chapel and grounds, completing the project in 1933. 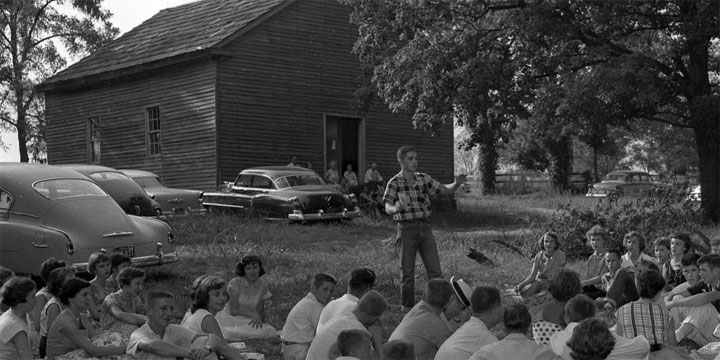 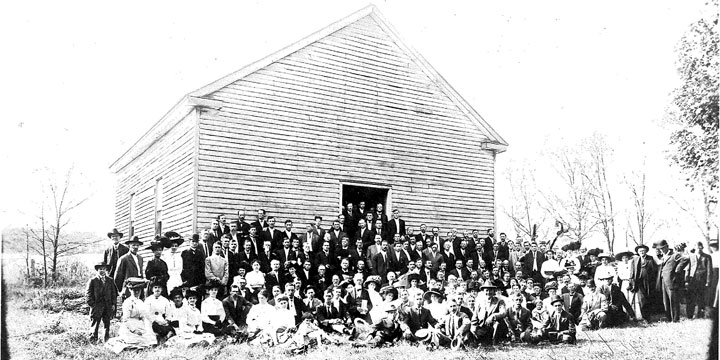 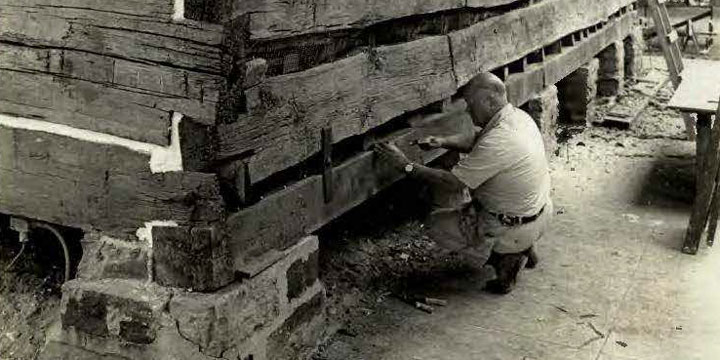 That year, local Methodists formed the McKendree Chapel Memorial Association to protect and oversee the property. With funds received from Association memberships, workers installed new stone piers under the Chapel, laid a new floor of rough-cut oak planks, rebuilt the old fireplace, and repaired or replaced damaged joists, rafters, and windows. On top, they added a new roof, made of handmade cypress shingles. Finally, the Association purchased property connecting the Chapel grounds to the public road and built a dirt lane to provide better access. At long last, on October 15, 1933, leaders of both the Methodist Episcopal Church and the Methodist Episcopal Church, South, held a joint service of rededication with nearly 2,000 Methodists in attendance.

In 1958, the Association erected a steel canopy above the structure to protect the Chapel from the elements. About the same time, the Association purchased property surrounding the Chapel to add a parking area and to construct a caretaker’s house. Weatherboarding, which encased the log structure as early as the 1850s, was removed in 1977 to restore the Chapel to its original appearance. In 1986, the Association reconstructed the Williams family log cabin east of the Chapel, near the spring. Expanding the grounds again, the Association acquired a six-acre tract of land in 2014. Today, the McKendree campus encompasses more than fifteen acres.

McKendree Chapel is a national Methodist shrine and is entered in the National Register of Historic Places. Visitors from across the country come to pay homage, and an Old McKendree Day service is held annually in late September. Old McKendree is to this day a holy place, and all who visit are inspired by the memory of the saints who hallowed these grounds.